When it comes to Botox, information on the internet can be overwhelming… not to mention incorrect.

We’ve outlined the top 10 Botox misconceptions to help you decipher the “truths” from the “myths”.

To learn more about our Botox and Dysport injection treatments, click here.

“Botulinum neurotoxin, which was once called the ‘most poisonous poison on the planet’, comes in two differing forms, Botox® and Dysport®, has recently seen a surge in the number of medical conditions that this elegant and specific chemical can treat. Despite increasing uses, many people are still frustrated by the many misconceptions surrounding it.

Nearly every worthwhile drug in medicine is a diluted solution of a toxin. If you had a major cardiac event today and ended up in hospital most of the drugs that would be used to save your life, Digoxin, Atropine, Lidocaine or Adrenalin are all chemicals extracted from plants, microbes or animals that are used in a controlled fashion. Some drugs such as Digoxin are extracted from the foxglove plant can actually stop your heart beating if they are used in a strong enough strength. If we dilute them they have less effect but could stop your heart from beating uncontrollably and allow it to beat normally. Botox is a mild dilution of Botulinum toxin, which can cause a serious form of food poisoning. The safety of Botox is also ensured by its selective administration into a certain muscle or a group of muscles, which leaves it largely incapable of action outside the given area. Newborn babies who suffer cerebral palsy or muscle spasms receive much higher doses every day without evidence of problems. Many physicians would agree that Aspirin and antibiotics are potentially more harmful than Botox. However like any drug, anaphylaxis can occur and Botox procedures should be performed by trained providers.

Misconception No 2: Botox injections are a painful experience.

On the contrary, an injection of Botox is usually quite painless. The needle that is used to administer Botox is tiny, in fact it is the smaller size than used by diabetics every day to give insulin. Those who were given Botox injections compare their sensations to those experienced during an insect bite. Some patients do prefer applying an anesthetic cream to the face about fifteen minutes before the procedure and this totally eliminates any possibility of pain. There is no pain after injection as Botox.

Misconception No 3: Botox injections cause headaches.

On the contrary, although Botox can cause headaches in about 2-3% of people, it actually relieves them in the vast majority of patients treated. It has been known for some time that Botox can help prevent and treat migraine sufferers. To do this, providers usually inject it into various trigger points that can differ from patient to patient. The duration of action of Botox in migraine prevention varies from about 10 to 13 weeks and the onset of effect may take a few weeks. Ideally, the medication should not be administered more frequently than every 3-4 months.

Misconception No 4: Botox injections should be administered only to persons above 40 years old.

It is difficult to know where this misconception came from or in reality if it really still exists amongst young people in most developed parts of the world. The feeling possibly exists amongst an older generation who are less exposed to media and peer pressure. These people often feel it is a big event to approach a doctor who get Botox and wish to keep it a secret known only to themselves. In reality, the average age of starting Botox in the US has now dropped to 19 years, as young people now realize that it is a lot easier to tackle a problem at its early stage and if they start early they will not develop wrinkles at all. If you start early then you probably get a better response and require less to continue into your later life.

Misconception No 5: Botox will be less effective if it is used to often.

There is evidence that about 5% of patients injected continually with BOTOX® can develop neutralizing antibodies that can cause the injections to stop working. The chances of this happening depend on large doses being injected, repeat or booster injections given within four weeks of treatment.

Misconception No 6: There is no treatment if a brow or an eyelid drops after Botox injections and patients have to wait until it wears off.

This is a misconception to an extent, although any person who has had to sit out four months with a lowered eyelid may think differently. Lowering of the upper brow or eyelid (ptosis) can occur after injection in the frown muscles. This may occur as late as 2 weeks after injection and is more common in older patients receiving Botox for the first time. The risk is minimized by placing injections 1 cm above the eyebrow and not crossing the pupil line.

Patients are usually instructed to avoid rubbing the area. Some doctors feel that actively contracting the muscles under treatment may increase the uptake of toxin and decrease its diffusion. Most lowered brows tend to settle after about 4 weeks. Elevated brows can easily be corrected. It is more difficult to treat eyelid drop, although many patients are responsive to a special adrenergic agonist eye drops.

Misconception No 7: Patients are not allowed to lie down for four hours after receiving a Botox injection.

This is probably a misconception although many doctors still give patients this instruction. The perceived logic comes from the fact that lowering of the eyelid is thought to be caused by migration of toxin through the orbital septum. However, if this was the only reason then patients should really stand on their heads to prevent this type of diffusion. In general I don’t tend to give patients this instruction but do tell them to avoid manual manipulation of the area. Active contraction of the muscles under treatment may increase the uptake of toxin and decrease its diffusion.

Misconception No 8:  Patients are not allowed to fly after receiving a Botox injection.

This is also probably a misconception although many doctors still give patients this instruction. The perceived logic comes from the fact that different cabin pressures could contribute to causing migration of toxin through the orbital septum. Patients are thereby instructed not to fly following injection. However, cabin pressures are generally the same as the air pressure on the ground. It is the air pressure outside the cabin that is different. In general I treat many patients from overseas and if they are flying long haul, I tell them to wait one day.

Misconception No 9: Botox injections are good for facial lines only.

This is a total misconception that is still held by a few people. In fact many of my patients are surprised to learn that young infants with muscular spasms and cerebral palsy receive higher concentrations of Botox than they do. They are also surprised to learn that it was actually doctors who were treating muscular spasms that discovered it had an anti-wrinkle effect as a beneficial side effect. In reality Botox is now used to treat sweating, migraine, incontinence, spasms, strokes, multiple sclerosis, cerebral palsy, as well as chronic back and neck pain.

Misconception No 10: Botox has little effect on underarm sweating.

On the contrary, Botox has nearly a 100% effect on excessive sweating that can last up to a year. The condition known as hyperhydrosis is caused by the overstimulation of sweat glands by the autonomic nerves. The study at the University of California San Francisco (2002) involved twelve patients who received injections of Botox® directly in the underarms. Amounts of the medicine used were similar to those used for wrinkles and frown lines. All patients reported decrease of underarm sweating within 48 hours of the treatment. Further follow-up suggested the treatment is effective for five to twelve months.” 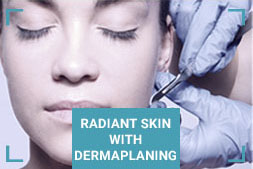